WHAT IS A DASH CAMERA?

A dash camera is a special kind of photography device which is mounted on the dashboard of a car. It is used to capture the images and videos of the paths traveled by road in real-time. Its purpose is mainly to carefully and diligently capture those images and sounds for the sake of future references.

Its recording is triggered by the ignition system of the car. When you turn your car’s ignition system, it automatically begins operating. It does so until such a time that you stop. Some may also record while you are in the jam or have to slow down to take a bump or a pothole. 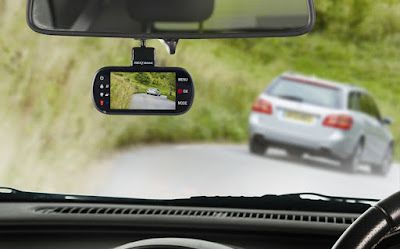 The lens of the camera picks the signals as you drive. It then relays those images to an internal storage device which is built into the system. While here, the images are stored for future references. Some camera models let you relay those images to a remote location in real-time.

To do this, they rely on cellular networks or wireless fidelity systems. These systems pick the signals and then straight away transmit the same to a remote server or like-minded device. The latter kind of dashboard cameras is mainly used by law enforcement agencies and other sophisticated enterprises.

Though largely acceptable universally, quite a number of jurisdictions limit the use of this camera. The extent of the limitation varies greatly with the kind of jurisdiction in question. Some require that the drivers adhere to certain restrictions or legal regimes. Others completely ban their use while others require that you apply for a permit before use.

It is, therefore, necessary that you take your time to familiarize yourself with the laws that govern the use of these items in your locality. You do not want to ruffle feathers with your local government, do you? This you may do by taking a look at the website of the locality which you are intent on driving in.

Some of the benefits of these wonderful pieces of electronics are the recording of accident scenes, facilitation of litigation, claiming of insurance, review of your driving skills, and the combating of fraud. Moreover, these cameras also help you to familiarize yourself with the routes if you are new to them.

Be careful though as they have the possibility of distracting you from your course and even causing an accident. Learn to train yourself to be attentive while on the road. You will definitely have to fix it in a position that is not distractive to achieve this end.
Email ThisBlogThis!Share to TwitterShare to FacebookShare to Pinterest
Labels: DASH CAMERA
Newer Posts Home
Subscribe to: Posts (Atom)

Best Pick Idea start for sharing product reviews and information. We created this site to be your reliable source of information regarding. If you have any question and suggestion please feel free to contact me. brendamckinney08q@gmail.com